Android Slide Up / Down Animations with Examples

If you want your animation to be visible then don't set the visibility of the View to View.

XaverKapeller I think the problem many have is that the listener onAnimationEnd is called every time for a multi-occurring animation, which means that onAnimationEnd is called also when the view get shown, which sets its visibility to Gone, etc. Now that I have figured it out, here is a full example: It was more helpful than the other answers on this page. If you are not animating completely off screen, though, then you can add an alpha animation and set the visibility with an AnimatorListenerAdapter.

Property Animation docs. Suragch Suragch k I don't recommend use of animate. Notice that without.

Translate Animation moves the view. Stefan Medack Stefan Medack 1, 14 This animates the alpha, not the position. Yes, but that's what the original question was about if I understood it correctly. If you want to animate positions, you could use a RecyclerView that uses ViewHolders with stable ids. Consider something like this: I actually like better the subclass approach.

Thank you very much. This, is an awesome solution that I'm gonna implement in my BaseView. Thx for this! As this works when showing, when hiding, the view disappears before the animation can be seen. Any workarounds? BramVandenbussche This is a terrible solution. Imagine you want to animate the View differently in another part of your app.

What do you do then? Add a flag to not automatically animate the visibility? Subclass the View and override setVisibility to remove the animation?

Or even worse implement setVisibility with another animation? It just gets uglier and uglier from there. Don't use this "solution". Ameen Maheen Ameen Maheen 1, 16 Issues with this answer: This doesn't just add two useless buttons, but it also destroys syntax highlighting. Aside from the fact that this is obvious code smell this will also not work properly.

Changing visibility starts a new layouting process, only after that is finished the animation actually has values to work with. The list goes on and on I have already edited your answer to fix formatting and turned the code snippet into an actual code block. But you have to fill in the rest When false , the enter transition will wait until the exit transition completes before starting.

bocevoboduny.gq xml version="" encoding="utf-8"?> android="http ://bocevoboduny.gq" > android:duration="". The following animation will slide a View down by its height and fade it in at . findViewById(bocevoboduny.gq_button); // initialize as invisible (could also do in xml) .. you can slide up and down any view or layout by using bellow code in android app.

Transitions happen between scenes. A scene is just a regular layout which defines a static state of our UI.

You can transition from one scene to another and Transition Framework will animate views in between. That code would produce transition between four scenes in the same activity.

Each transition has a different animation defined. Transition Framework will take all visible views in current scene and calculate whatever necessary animations are needed to arrange those views according to next scene. 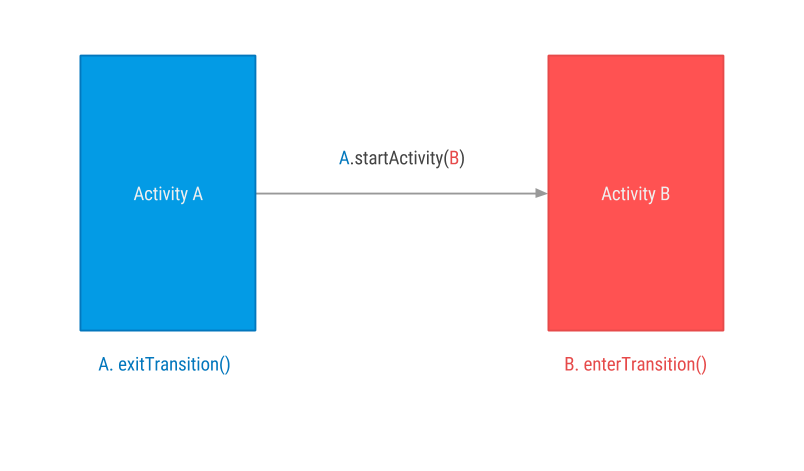 Transition Framework can also be used to animate layout property changes in a view. You just need to make whatever changes you want and it will perform necessary animations for you. With just this line of code we are telling the framework we are going to perform some UI changes that it will need to animate. Changing view width attribute to make it smaller will trigger a layoutMeasure.

Launching GitHub Desktop Go back. Launching Xcode Launching Visual Studio Latest commit befe Feb 2, The content is still valid as a reference but it won't contain the latest new stuff Android Transition Framework can be used for three main things: Animate activity layout content when transitioning from one activity to another. Animate shared elements Hero views in transitions between activities.

Animate view changes within same activity. Transitions between Activities Animate existing activity layout content When transitioning from Activity A to Activity B content layout is animated according to defined transition. For the Fade Transition sample, it would look like this: Small " android: Big " android: LayoutParams RelativeLayout. You signed in with another tab or window. Reload to refresh your session. You signed out in another tab or window. Press h to open a hovercard with more details. Disable clip to padding for row items to avoid clipped transition ani….